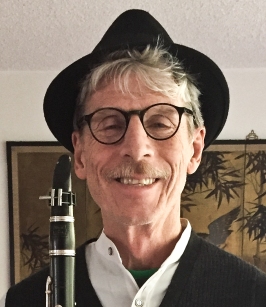 I am a baby boomer who came of age in New Jersey in the 1960s. This was a moment in time when television was fresh and the hour-long dramas were populated by talented actors, compelling stories, and strong dialogue. My favorite show was “the Naked City.” The stories, most of them tragic, took place in New York. At the end of each episode, the narrator would intone, “There are 8 million stories in the Naked City. This has been one of them.“ I remember thinking that, if one looked hard enough, maybe the hidden drama behind every nameless and faceless inhabitant of the island of Manhattan could be revealed.

The same can be said of the 12 million immigrants to pass through Ellis Island between 1892 to 1954.

The three authors that we have chosen depict Jews from Eastern Europe who arrived in this country during the great wave of immigration that began at the end of the 19th century and ended with the Immigration Act of 1924. The personalities you will encounter are unique, but they share the same dilemma: consciously or otherwise, they walk the tightrope that straddles the old world and the new, and the cultural high-wire act they negotiate rarely concludes with grace or generosity.

You will meet a young rabbinical student who is so isolated and socially inept that he enlists the services of a professional matchmaker to find a mate. A tailor brings his wife and children to America from Poland, only to pass his days working and reminiscing about the old country. The children, now grown and successful, are a case study in neglect and indifference with respect to their parents and one another. And finally, a mother toils as a laundress and sacrifices everything to beautify her simple apartment. Why? To create a “Beautifulness” amid the squalor of her lower east side tenement as a welcome- home offering to her much loved son who is returning from the war in Europe.

Are we to conclude that it was all for nothing? Certainly not. Had they stayed, they would likely have been consumed by the gas chambers and crematoria of the Holocaust. But neither did those who dared to “Dream in American” find paradise in the New World. Each one of our stories explores a dimension of loss. Or is it more appropriate to think of these experiences as a series of trade-offs? And to what extent are these encounters universal or uniquely Jewish? Spend the next 90 minutes dreaming in American with us. Perhaps we are telling the story of someone you love. Perhaps we are telling your story.